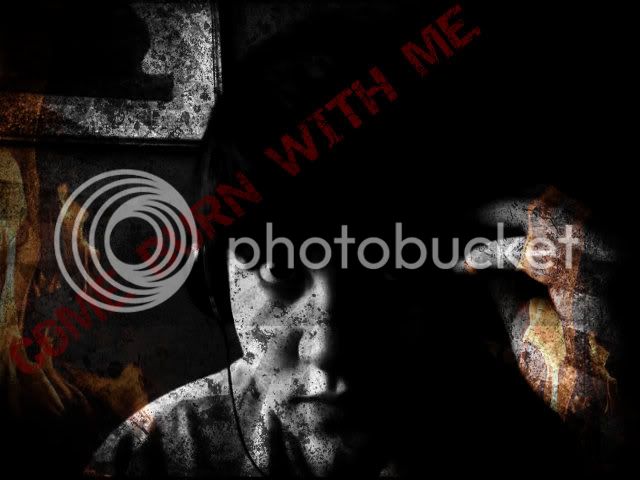 I've got some things to do, but I'll be back on later, hopefully.

I went through a period of questioning, I really wasn't sure what I wanted in life. But, after really thinking, I realized what I want, and what I'm interested in, and that's women. They mesmerize me. Anything else, as said before, is transport

My Longest Post So Far <3
Olive sat in the foyer of her rather large home. Over the years that she had lived she had managed to accumulate much money, whether it be by working, or stealing. Either way it had gotten her a gorgeous mansion in America. Things had changed since she was younger. Cars had arose, different types of music as well. It had peaked her interest for quite some time, having the ability to go out at night, find men to bring home, always for dinner of course, and on occasion pleasure.

Olive looked away from the fire burning under her mantle to the door where a solemn knock sounded through. "Ms. Jemmerstone you have a guest. It's a Mr. Hastings." Her maid Hannah spoke softly but loud enough for her to hear. Olive smiled, dinner had arrived early that night. "Let him in dear." She said smiling. As Mr. Hastings stepped inside his eyes widened at her appearance.

Olive's eyes were just as her name, a dark green olive, abnormal from humans, her nails sharp to a point, and her teeth brighter than any pearl ever found in any oyster. Some would call it frightening, others strikingly beautiful, but all together intimidating. Olive was one to be feared. Her humanity long gone, sympathy for human life gone as well. Where a heart should be a block of ice took it's place.

Mr. Hastings shifted on his feet. "Ms. Jemmerstone, it was very polite of you to invite me here." He said sitting across from her. "Well, I do get lonely from time to time Johnathan." She said smiling at him. This caused the man to shift uncomfortably.

One thing about being around vampires, even if you didn't know it, in the air you could feel the tension. The agonizing wait of what was to come, it would not be pleasant as many theatrical performances, and movies told. It was quite unpleasant. Olive did it for sport, and to stay alive. She would bring a man, and on occasion a woman, back to her place and lure them in giving false hopes.

"Well Mr. Hastings, shall we eat dinner as I promised?" Olive rose up from her seat in the foyer. Mr. Hastings followed her obediently.

The dining room was different. It was decorated in blues and golds, and in some spots silvers. On one end of the table sat a plate and on the other end a small glass. Olive took her spot on the end with the glass and motioned for the tall brunette man to sit with the plate. His attire was nothing out of the ordinary for this time and age. Simple jeans and a button up. It fascinated her how simple things had become. Olive still remained true to herself as she had always been. Pantaloons, and a corset. For her, it worked.

Mr. Hastings cleared his throat as he finished the last bite of his food. An awkward silence filled the air. "Have you had your fill Johnathan?" She asked politely. Olive thought it only proper to treat your meal with kindness. He nodded curtly and swallowed some water. Hannah came into the dining room and took his plate. "Ms. Jemmerstone, will you be needing anything for the rest of the night?" Hannah knew what would become of Mr. Hastings, or Johnathan as she called him. Hannah knew this when she accepted the job of being Olive's helper.

"No, thank you Hannah. I believe I have all I need for the rest of the night. Johnathan and I will be going back to my chambers now." Olive smiled at Hannah who just walked into the kitchen. Her gaze moved to Johnathan who had now become more comfortable, in his mind a whole different event was about to happen.

As they entered her room, which featured a four post bed and several other things. The fire burned bright lighting up the room. "Uh...so how are we going to do this?" Johnathan asked removing his coat. Olive smiled and turned to him. "I'll take the reigns, all you have to do is not scream." She finished and took a step towards him, her loud black heel clacking on the hardwood, mahogany floor. Johnathan looked at her oddly. "I've never let a woman dominate me before." He said simply. Olive nearly laughed. "Just relax." She said before pouncing on him.

Olive licked her lips clean and looked down at her poor white couch. It had been stained. "Johnathan you've made quite a mess, Hannah will not be happy about this." She said scolding the lifeless corpse. "Ms, if you don't mind I'll get to work on this after you retire for the night." Hannah spoke after walking in with a bucket and rag. "That's quite alright Hannah. I'll be leaving tonight. I'm exhausted of this lifestyle. While this may be fun at times, I've grown tired of being alone, even though you are good company Hannah, I need others like me for me to keep my sanity. Who knows, if I don't find someone soon enough I might let the sunrise take me one morning." Olive finished by grabbing her coat and kissing Hannah on the cheek. "Keep the mansion in good conditions, never know when I may be back.

Olive found herself lurking about Los Angeles. People busied the streets. Her new home was much smaller than her previous, but it made do. Her eyes scouted the streets looking for her dinner.

Roleplays
+ Come On Baby Get With Me
$ Come On Baby Get With Me
$ Blood Runs Thick (for Jessilyn)
$ Blood Runs Thick (For Kiyoa)
$ Blood Runs Thick
+ Doctor Who River-11th Doctor
+ Blood Is Thicker Than Water
$ A Thousand Years (An Evermore style rp)
$ For arimiendeltheelf
+ Filthy Dub Club
+ When The Darkness Falls (1x1 CLOSED)
+ Kony2012. We Won't Stop Until He Is Stopped!
+ For CookieMonster
$ Her Hell
+ For Oshamaru
+ Sherlock (Closed)
$ Vampire Diaries
+ Sherlock
$ My Journal
+ Photo Edits
+ RP Search
+ Scary Monsters and Nice Sprites
+ Kate And Zena (OPEN)
+ A Murderous One
+ The Musicians