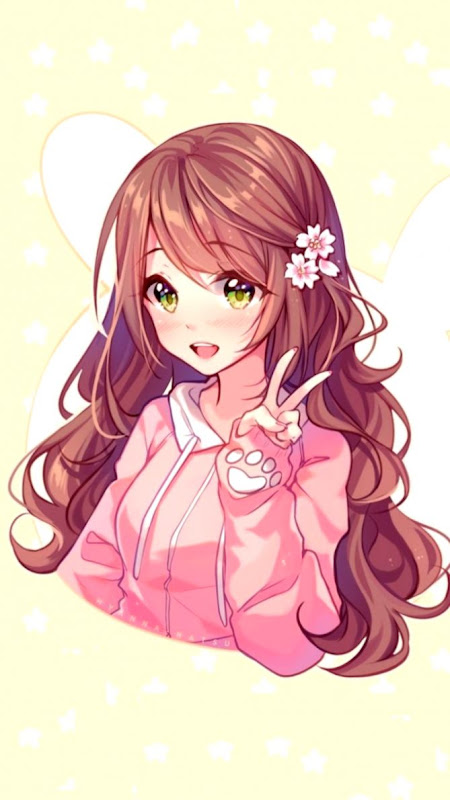 I'm a very creative person and use many outlets to express myself, including the following: singing, writing, drawing, painting, dancing, and playing the piano. I'm a little uncomfortable with myself, but I've learned to live with that. I don't have many friends, and I'm a bit shy when I meet new people irl (although I don't always show it.)

Status
:
I'm back after a long absence that allowed me to finish college. Yay me. I have also changed my name upon returning (old name: Sana) To be honest, I'm considering leaving this platform if it continues to be as dead as it currently is, and switching my time to one of the others I'm a part of. If it picks up though, then I'll stay.

NAME
:
Y'all know me as Iris
AGE
:
21
GENDER
:
I do everything like a girl because I am a girl
TIME ZONE
:
Pacific
BIRTHDAY
:
May 2nd
ORIENTATION
:
Straight
RELATIONSHIP STATUS
:
Single
MY FAVORITES
Color:
Purple
Number:
3
Animal:
White tiger
Music:
Pop, rock, country, and showtunes
Time:
Midnight
Quote:
When the rich rage war it's the poor that die.

I will RP
-Romance
-Group
-1x1
-Up to 2000 character limits
-Supernatural abilities
-Teens through young adults
-RP's based off of something with original characters or OC's
-Real, artistic, or anime pictures
-As males and females (though female is preferred)
-Posting and non-posting order RP's
-While doubling characters if needed

I prefer not to RP
-more than 2000 character limits
-Yuri and Yaoi (only if I'm part of the pairing, I'm fine with it in the story in general)

Anna's attention was split between the cold palm leading her closer to the coffin and obviously jealous females still in their seats. "Great. I'm gonna have to take care to evade bitter women after the show now. Not the best way to end any evening, but there isn't anything I can do to solve the problem now." She shook off the unavoidable issue as something to worry about later and instead concentrated on what she was currently doing. She caught the ringmaster looking down at her. His smile was filled with so much prideful amusement that her hand involuntarily twitched in response to her desire to forcefully remove it.

He must have perceived the miniscule way her shoulders tensed when he used his finger to tuck some hair behind her ear. She kept her gaze locked on his captivating sapphire ones. With them being so close to the center of the ring she let some of her act fall, though just the amount that wouldn't be obvious from afar. Her eyes lost their forced innocence, leaving behind their natural state which effortlessly showcased the inner spark she held.

His hand left a cold trail over her cheek and down her neck where it gently rested. The gesture itself was a somewhat intimate and caused her breath to catch in a way that surprised her, but she decided to table examining her reaction for a later, more convenient time.

She followed his lead as he gracefully repositioned her, even though the unexpected move brought back her tension from before. She forced her body to relax despite the light weight that was his arm around her waist, that kept her trapped to him. "Keep calm. It's just part of the show. Granted, a part that he didn't bother mentioning, but we can come back to that little fact later." She didn't resist as her head was placed on his shoulder, but wasn't above sending him a quick glare before closing her eyes. The entire time, she made sure to keep her body loose and pliable; there wasn't any reason the audience needed to know how uncomfortable she felt.

She did her best to not react at the feel of his cold lips on her neck, but couldn't stop the slight pleasant shiver it caused. "And we will definitely be revisiting how unacceptable this is as well." Before she could decide just how to handle it a sharp prick on her neck stole her attention. "What the-" Her mental curse was cut off by the effect of whatever he'd just done to her. She suddenly felt lighter. So much so, that she wasn't sure she'd remain on the ground if he removed his arm. The limbs she had been purposely keeping loose now felt like they weren't connected to her body at all. Her mind became a hazy mess, robbing her capability to form rational thoughts. All she knew was that she needed more. The icy finger stroking down her throat and lips on her neck were the only external sensations she was aware of. The crowd disappeared and she couldn't find a single reason to open her eyes to check her surroundings. Not knowing what was happening to her, she didn't want to risk moving and inadvertently causing it to stop.

A soft growl broke through her muddled mind and soon after something cold and wet trailed over a patch of skin on her neck. Her eyes fluttered open when the chilled body behind her moved. Pressure on her hand caused her to glance down where she found it to be in Marx'. Finding that her limbs were still connected to her body after all, she followed his lead without question, this time not having to put on her dazed routine. When he spoke, she could hear his voice but the words were lost somewhere along the way. Her mind continued clearing as they crossed the remaining distance to the coffin. By the time they reached it, she was aware enough to be grateful for his asstistence getting in. She found that while her limbs were definitely her own, she had minimal control over their movement. She lied back into the silk while her eyes stayed trained on the clear blue ones above her. This time when he spoke, she found herself understanding the words although it took her a few moments to decipher their meaning. "Why will the bottom be dropping out? Stay still and quiet?" It finally clicked just before the lid closed. "Circus. Magic trick." Her eyes finished clearing as she worked out what was going on and what had just happened. "For his own safety, I'd better be actually disappearing."

She felt the bottom open beneath her, but was seething too much to really care. She didn't make a sound as she fell a foot and a half and the trap door shut behind her. She was left in a dark confined space without enough space to move properly and instead used the time until she was released to let her emotions steep. She did her best to work through what had just gone on. "One second I was fine, then there was the piercing... Oh hell no. He must have given me something." Her temper steadily boiled hotter at the realization. She trailed her fingers over where she'd felt the puncture, but couldn't find any trace of it. "The asshole's gonna wish he was a vampire by the time I'm finished killing him." She did what she could to calm her ragged breathing. "I need to calm down. At least a little bit. Unfortunately, murder is frowned upon, and I don't need to deal with that issue as well as the one I currently have on my plate." Her eyes narrowed at the sound of the trap door opening above her. "That doesn't mean he's getting off easy though."

She kept her glare as she looked as the man peering down at her. "Wonderful my ass." The words came out through gritted teeth. She wasted no time in getting out of the coffin and turning to him. He may have a good half a foot on her, even with her heels, but she had no intentions of backing down.

"I don't know who you think you are, but when I agreed to assist you in your trick you specifically told me all I had to do was lay in a box." She put her weight into a shove to push his body away from her own, even though it was unlikely to make much of an impact. "It's the thought that counts in this instance," she thought before returning to her tirade. "What the hell did you give me?" She shook her head and raised her hands to either side of it as she took a few steps back. "No, you know what? I don't care what you gave me. Whatever it was wore off, and as long as there aren't any lasting effects, I don't give a rat's ass. There aren't any lasting effects are there?" She barely gave him the chance to respond before she was in his face and her finger was poking into his chest. "You've got a lot of nerve doing whatever it is you did. It is both immoral and sadistic, and you abused your position as ringmaster to do it. I was fine with going along with your little game and playing it up for the audience, but I did not give my consent to be given some sort of opium-based drug or whatever.'

'All of that isn't even mentioning the nonconsensual things that happened before." With that she began pacing in front of him as a way to work off some of her agitation. "I can get over the small touches well enough; you were hunting for a 'bride' after all. Kissing my neck however, was over the line. We already went over the fact that I am not interested, and yet you still performed a gesture as intimate as that one, in front of an audience no less." She stopped her pacing and clenched her fists at her side while taking a calming breath. "Now, I am going to take my leave. Other than your personal actions at the end, you put on a good show, so I advice that we both walk away and act as if this never happened." Her eyes were hard as she looked back at him. "I'm not sure how long you plan on staying here, but I recommend you don't try this again with anyone else. And with that, I wish you safe travels to somewhere far far away from Long Island." She turned on her heal and swiftly headed for the exit, not sure if she'd be able to stop herself from taking a swing at the man if she stayed.

Looking for members
;
Need to post
;
Up to date
-
Do You Belive in Magic
-
Element VS Sin
-
Healing Tears
-
Hunted
-
Lyle House